I’ve advocated this for G-d knows how long, and it’s about time someone (other than me, get it?) has made it sort of official.

The Kingdom of Jordan has no business existing as such. If that land has to exist as Arab
(it was supposed to a part – by far the much larger part - of the Jewish National Homeland), then it should exist as the Palestinian State of Jordan without a ruling monarchy.

The removal of the Hashemite Royal Family from Jordanian rule would not end the Israel-Arab conflict. Islam has no room for Jews or for Judaism, not in the Middle East, and not anywhere else in the world, but it would serve to identify the problem, namely, that Islam is the problem, and that a country that masquerades as the possession of a cutesy over-aged boy king is no justification for the continued slaughter and vilification of Jews, Judaism, and the Jewish State.

Britain must be ejected from the Middle East once and for all, and that means an end to the Hashemite Kingdom of Jordan.

Here’s the link:
http://www.ipetition.com/str-asp-PetitionID_9-end-SignPetition.htm
Posted by Schvach at 5:11 PM No comments: 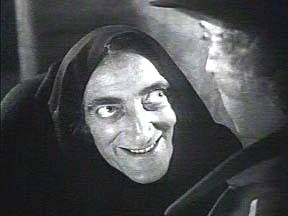 Now then, one last item - we’re traversing from Hijab to Hajj jadies and jents. I think that the next great Moslem revolution will not involve the spread of secular discontent against Arab despotic governmental rule, but instead will take the form of the breaking down of the ‘gates’ of Mecca to permit a no holds barred, entry on demand, to the annual Hajj by any and all Moslems who wish to so partake. This year’s holy event in Mecca, which was touted on some web sites as ‘the experience of a lifetime’, garnered some 2.5 million religious pilgrims. Entry, I believe, was by invitation only, from the King of Saudi Arabia. There currently exist some 1.5 billion Moslems in the world. Just do the arithmetic folks, 1.5 billion divided by 2.5 million yield a cool 600. At a rate of 2.5 million visitors per year, it would take 600 years to accommodate all presently existing Moslems at the Hajj. Pirkei Avot tells us that there was always room for the Jewish pilgrims who journeyed to Jerusalem (for the three pilgrimage festivals), but the immense population of Moslems makes the Hajj a very distant vision. Most will have to settle for Umra (sort of an off-season mini-Hajj). Any brief perusal of internet web sites that deal with the Hajj will reveal that this Moslem religious obligation has gone the way of Disney. ‘We want in’ (to the Hajj) will be the next great Moslem battle cry.
Posted by Schvach at 11:07 AM No comments: