So what else is new? The diagnosis is in: Bob Dylan suffers from Leonard Cohen Syndrome.

Thanks to Gail at Rubicon 3, I’ve just learned that Robert (the Jew) Zimmerman has
released a CD of homespun (I guess) Christmas carols. I wish these guys in the entertainment field would make up their minds already about their religious convictions. Bob Dylan, Leonard Cohen, Cat Stevens, Madonna (now there’s a good one!), and G-d knows who else among the ‘famousos’.

I don’t get it. I have no problem with my religion, so what do they have with theirs?

Once upon a time the people over at Star Trek came out with another movie, this one with Christopher Lloyd portraying a Clingon or Romulan (no, not Rahm Emanuel) who manages to con Admiral (I think) James T. Kirk into dropping his defenses in a faux peace maneuver, and then blitzing the Starship Enterprise . In the end Kirk pulls a maneuver of his own and cooks Lloyd’s character (have I gotten it right so far?).

Perhaps this scenario of Hollywood fiction should cause the Israelis to wake up. A number of responses, as well as outcomes, present themselves, and so Bibi, choose wisely, not poorly (as the archaic knight cautions Indiana Jones in the third installment of the IJ trilogy).

Here are four distractions which present some of the choices from which Bibi and his countrypersons can choose. Chatz l’chah! Of course, there’s always winning. Perhaps the Israelis should consider that option.

What’s in a word indeed? Whenever I encounter this moniker, in print or verbally - to my face that is - I cringe. It’s not really an up welling of Jewish guilt, but rather the sick-in-the-pit-of-my-stomach anticipation of a clenched fist flying through the air and alighting unto my face with greatest of ease that motivates my avoidance of this time-honored Yiddishism. Afterall, jadies and jents, a female’s clenched fist (or some well executed Bruce Lee-style footwork , for that matter) can do plenty of damage.

The term ‘shiksa’, according to an old article that appeared in Moment Magazine, is derived from the Hebrew work ‘shekkets’, meaning abominable or disgusting. I never use this term, and thank G-d so far at least, no one has ever confronted me with the demand for an explanation concerning this breach in inter-group diplomacy.

I work in a sea of ‘shiksas’, and there’s nothing disgusting about them, at least in my opinion. I do find their tattoos a bit too much to take, but I take solace in the fact that they are the ones tattooed and not I. Oh yeah, their verbiage. ‘It’s a real blessing….’ is a wee bit difficult for me to handle, but after more than two decades of American Southern Bible Belt living, I may be on the road to acclimation (but regrettably, never recovery).

Now then, when I was a lad in college, we student were ‘blessed’ (get it?) with science courses complete with laboratory sections, and in that now dated spirit, I offer an on-line version of ‘Shiksa Lab’, some visual examples of just what the average klafta means when his/her sonny boy brings home the wrong kind of girl to meet the family, and s/he – his parent(s) – let/s loose with that all time Jewish favorite of verbal flatus, ‘shiksa’.

Assisting in this effort is the 2009 edition of the annual Oktoberfest held in Munich, Germany. The photos herein presented are the unwitting donations of the on-line edition of Der Stern magazine.

If I have managed to offend anyone, please forgive me.
So, just what is a 'shiksa' already? 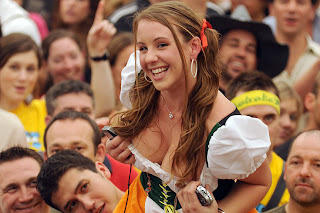 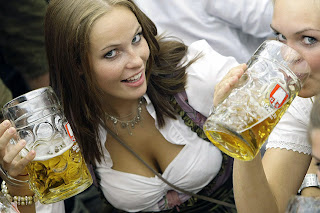 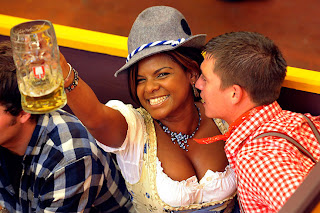 No, besides, she's promised
to convert 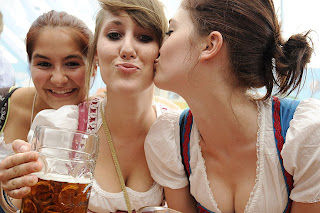 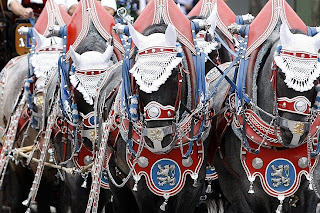 A beer lover's idea
of shiksas 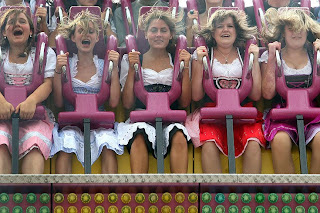 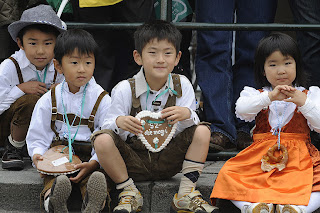 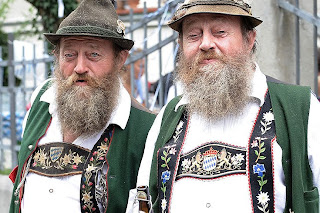 you haven't
been paying
attention 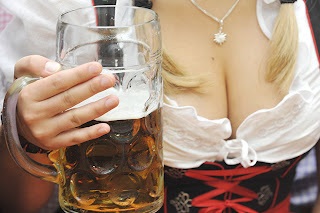 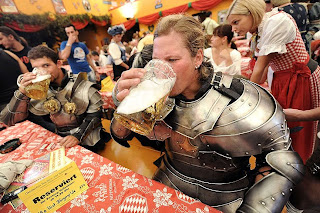 No, but the blond
behind him is 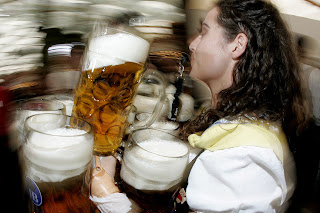 a Mossad agent
does Oktoberfest 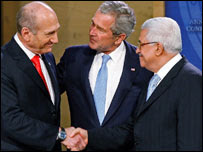