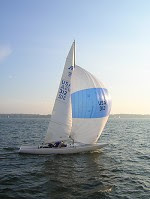 The Upcoming Fête in
by Schvach Yid

This November, which is just two weeks away, and during which we Jews will mark the 69th anniversary of Kristallnacht (Nov. 9, 1938) and we Americans will mark the 44th anniversary of the assassination of Pres. John F. Kennedy (Nov. 22, 1963), promises hold nothing good for or for the Jewish community in general. The upcoming fête is scheduled to take place in the City of , the capitol of the State of , right here in the . It will be, of course, the same old drill, second only in its pain to the dentist’s drill. Our experiences in dealing with the Palestinian ‘cause’ have taught us to expect nothing but rancor, accusation, and a demand for Jewish self-abandonment. We Jews after all are the offenders, the non-Jewish world asserts.

The State of , by the way, whose bucolic countryside is plenty beautiful, and is no exception, is named for Christianity’s ‘Mother of Gd’ – Mary. Jewish history has been determined, in no small measure, by her followers/worshippers.

In the edition of the New York Jewish Week McGill University professor of History Gil Troy has reminded his readers of a little ditty espoused by Azzam Pasha, the Arab League Secretary, on . He reportedly said, ‘Nations never concede; they fight. You won’t get anything by peaceful means of compromise…only by force of arms…we shall try to defeat you’. The article continues, ‘The Grand Mufti of called for …jihad, or holy war’.

Prof. Troy’s article continues to relate that in the course of the campaign of violence launched by the local (Palestinian) Arabs in response to the Mufti’s call for jihad, 1,256 Jews were killed during the 5 month period between the Mufti’s call for war and ’s egress from its mandated territory in the .

I think it’s fair to state that the position of the Palestinian Arabs, and that of the Arab world in general, hasn’t changed.

Here’s a bit that appeared on cable TV this past Tuesday night, courtesy of the National Geographic Channel (which referred to itself as ‘Nat Geo’ – how utterly cool, huh?) in a presentation titled Decoding the Dead Sea Scrolls. In a discussion concerning the ‘Copper Scroll’ of Dead Sea Scroll fame, Robert Feather (author of The Mystery of the Copper Scroll of Qumran) stated that there appears within the Hebrew writing of the Copper Scroll, at apparently arbitrary intervals and for no apparent reason (like Jew-hatred), solitary Greek letters which when strung in consecutive sequence phonetically spell the name of the Egyptian Pharaoh Akhenaten. According to this discussion, Akhenaten was the first to give the world monotheism, and that the 3 ‘great’ monotheistic religions – Judaism, Christianity, and Islam – all owe their monotheistic beliefs to pharonic .

Parity has now been established by Robert Feather and National Geographic between Judaism and its 2 spin-off religions and accordingly, what claim does Judaism have - on anything, let alone the ‘’.

What telling timing, considering the upcoming meeting in . Sail into with that one.

I think Ehud Olmert, and all Left-leaning Jews should pay much closer attention to the goings on, as well as to the history, around us. Der Altneuland of Theodor Herzl was a novel – a utopian dream; the real world specifies other requirements.

Please come to buy lindens, we will give you a great surprise.