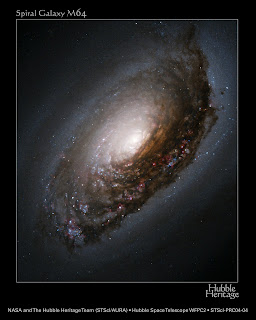 Talk about Darwinism, Tim Russert of NBC fame had two guests on his TV show to discuss (debate) the age-old conundrum of Science vs Creationism. The two interviewed participants of opposing views were Christopher Hitchens and Jon Meacham, each of whom has recently, and separately, published a book on this very subject (hence, their respective invitations to appear).

I find this contest between ‘Reason’ and ‘Faith’ boring and worn. Face it folks, enough is enough (so why do I blog about this?). I for one have no difficulty reconciling the two views; they are far from mutually exclusive. But the arts-minded person traditionally has difficulty coming to terms with Science, and Science people tend to miss the perspective of artists. Decades ago Scientific American magazine published an article that dealt with this mutual misunderstanding between the science-minded and arts-minded.

The anti-faith boys invoke rubrics like ‘The Big Bang’ and ‘Natural Causes’ to explain the origin of all things, you know, the Universe. Silly kids! They should realize, and undoubtedly do, that these terms are euphemisms for Gd. What’s supposed to be the difference between ‘Natural Causes’ and ‘Gd’ (it’s Richard Dawkins who conscipts that term in exchange for religion’s explanation)?

Getting goo-goo eyed over science is silly stuff. As I’ve written in an earlier blog, I have a couple of sub-doctoral degrees in Biology, and there’s nothing magical about the subject.

As a student I was taught a valuable lesson about the consideration of the sciences and their place in our lives. One of my advisors taught that the sciences do not answer the question ‘why’, they only function to provide descriptions – subjective or analytic – of the world we see around us. Physics, perhaps the most analytic of the sciences, is peopled by individuals who often double as philosophers. My Physics professors tended to be very soulful individuals, in constant search of ‘answers’ to what makes everything work, but never declaring they understood. At the end of a research effort the investigator is left with a bunch of data which must be interpreted. That interpretation is as much philosophy as ‘science’. The data backs up the idea, but the idea is still the stuff of imagination – our ability to reason. There really isn’t much of a break between Science and Religion.

As the sciences progress in their ability to describe the universe, and ‘everything’ in it in increasingly greater degrees of resolution, we come no closer to understanding ‘why’. All we have is a more detailed description of whatever is under study, and perhaps a slightly improved ability to provide only a modicum of an ability to predict, but the question ‘why’ remains forever in the realm of Philosophy. Science, for those who are familiar with that conglomerate of subjects, doesn’t even attempt to answer that question.

We see this in the ever increasing ability of Molecular Biology to define the genomes of organisms. With greater and greater detail we are provided with definitions of the identity of the world’s living creatures based on their genomes’ nucleotide sequences and their arrangements relative to each other within the genome, yet, this ultra-level of detail causes us to miss the point. Is it any more valid to define an organism according to its genotype than according to its appearance and function – phenotype? The world of ecological relationships is
evident at the organismic and community levels; evolution now seeks to define the relationship between various organisms at the molecular – DNA – level, and neither alone has the answer, yet the spectator who is unschooled in this subject seeks to provide understanding by refuting the opposing non-scientific view. Greater detail does not provide greater understanding, just facts in larger number and variety.

The ‘Big Bang’ is a nice explanation of the origin of the universe, but the Kabbalistic explanation is very close to that provided by astrophysicists. Mr. Hitchens and Mr. Dawkins both need to read , or perhaps reread his most famous work. In the summary chapter refers to Gd as ‘the Creator’, and attributes the subjects of his empirical studies to Him.