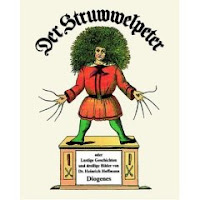 Yekes are German Jews, a subset of Ashkinazim who are/were literally ‘off-the-boat’ immigrants from and Austria. The designation ‘Yeke’ derives from the German word for jacket – Jacke. According to the story with which I’m familiar, German Jews who arrived in what used to be British Palestine during the Mandatory Period arrived sporting, well, sport jackets. Ninety degree plus heat under the blazing sun, and those guys were reputed to have worn their jackets, regardless. Ergo, ‘Yeke’. Of course, all this refers to the men only – sorry! A collection of behaviors and cultural traits, taken in aggregate, helps to identify this sociological subset (it certainly did during the Nazi roundups of Jews in and in the weeks and months following Kristallnacht, my family included); Each of these traits, taken alone or in any truncated combination, may be common to many other members of society, including more recent immigrants from other parts of the world. Here are some that occur to me:

- First and foremost, a love of crystal; the more the better. Above one’s head crystal chandliers, in front of one’s nose crystal vases, bowls, serving plates, glasses, etc.;
- Beneath one’s feet, Persian carpets - many;
-A collection of faux art – ah!, but for the real things, but who could afford?;
- Gustatory: ‘Mannerschnitten’, marzipan (in fact anything with almonds), whipped cream, better known as ‘Schlagobers’ (Viennese) or ‘Schlagsahne’ (German German); the Viennese (my mother and her family) threw the stuff into coffee, which brings us to;
- the conviction that coffee/mocha equate prestige and sophistication;
- Forschspeise – appetizers – always a must;
- NO YIDDISH!!!! Absolutely, positively none. Who needed it anyway, everyone spoke German, which, by the way, was used to exclude the ‘Kinder’ (children) from adult conversations at the dinner table (Tisch); by the way, I like Yiddish, I even attend Chabad schul;
- An absolute distain for showing up late – for anything! ‘Late’ was defined as arriving less than 30 minutes before the scheduled time;
- Back to gustatory: cold cuts had to be German, and Jewish German at that; Bloch & Falk (kosher) and Pollack (not kosher). Cervelatwurst (the best, I mean it!), Jagwurst (good on the bus to the country), kochwurst (cooked in Linse Suppe – lentil soup), Rauchsfleisch (smoked beef thinly sliced), knockwurst cooked in sauerkraut with caraway seeds (perhaps this last item sounds a bit too Teut);
- More crystal, everywhere;
- Dress like you have money – and no one had. Men wore fedoras, white shirts and neckties, and of course, jackets. True, Kent and Malcolm X were both clad in the same gear, but I don’t think theirs was a cultural obsession;
- Summers in the Catskills, and I mean the real Catskills – the Catskill Forest Preserve, Route 28 out of (exit 19 on the NYS Thruway) - the towns of Fleischmann’s and Margaretville in particular. Not the ‘Borscht Belt’, that was Yiddish;
- Music galore - all the symphonic, chamber, and operatic pieces one could manage to listen to, not to mention all the performances one could afford to attend;
- Books galore – mostly the humanities; biographies of orchestra conductors and musical composers; art books – art, art, art! Leon Feuchtwanger a must!
- Art museums as one’s surrogate homes; go ahead, you own them; take the kids or grandkids;
- Everything neat, in its proper place; obsessive repetition, everything always the same;
- Absolutely, positively, nothing wet – NASS (correctly spelled with a ‘sharfes’ ‘s’); Nass is aborrrent; nass is the enemy of civilization; if that which is supposed to be dry remained 'nass' for longer than was required for one to formulate and offer a verbal response to the insulting fluid – don’t ask! Nass? – Gott behute! (wet? – Gd forbid!)
- Grandparents – Oma and Opa, not Bubbe and Zayde; some liked to use Mutti – mother; I never knew the Yiddish Bubbe and Zayde until I was in my 30’s – emes!
- And of course, needless to say, one attended a Yekish schul; the rabbi and cantor (if there was a cantor) had
to be fellow Yekes. Ashkinaz nusach, exclusively.

Well, that’s all that comes to mind. Should anyone stumble upon my blog, and can offer additions, please do. As I’ve pointed out above, we Yekes share these traits with many others, but in aggregate, they define ‘Yeke’ – I think.

Anonymous said...
This comment has been removed by a blog administrator.
1:08 AM

Anonymous said...
This comment has been removed by a blog administrator.
10:55 PM

I agree with most but never came accross the crystal thing.Not familiar with the problem with things "Nass" either, but you hit the nail on the head with most. You took me back in time and I AM an Oma!